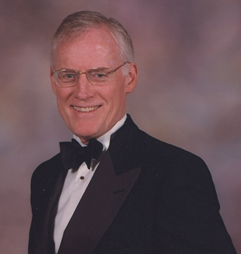 Wayne began playing piano at age nine. After four years of lessons, the repertoire offered seemed stale. In junior high school, distracted somewhat by the rise of rock ‘n’ roll, he began learning about jazz and took two years of instruction in keyboard harmony. Something clicked, and he discovered an emerging talent for improvisation. Most jazzers are self-taught, drawing on one another as models. Jazz piano freed Wayne from the “autopilot,” restrictive, classical convention by which one assesses a pianist’s proficiency by whether and how he plays the written notes. Around 1960 he discovered that jazzers were valued as artists eager to experience the birth of something unique and unmediated, something often unfathomable to non-jazzers.

Wayne is pleased to offer Log Haven diners renditions of the standards that unfold slowly and deliberately with rich harmonies, improvising in and out of the melodies with only scant awareness of where it will lead. He is well versed in the best songs of many Broadway musicals, and if so prompted, he also delights in singing about the vicissitudes of love as offered in the lyrics of a Johnny Mercer, Larry Hart, or Cole Porter standard. Perhaps he knows your favorite song; he does take requests, so why not find out?